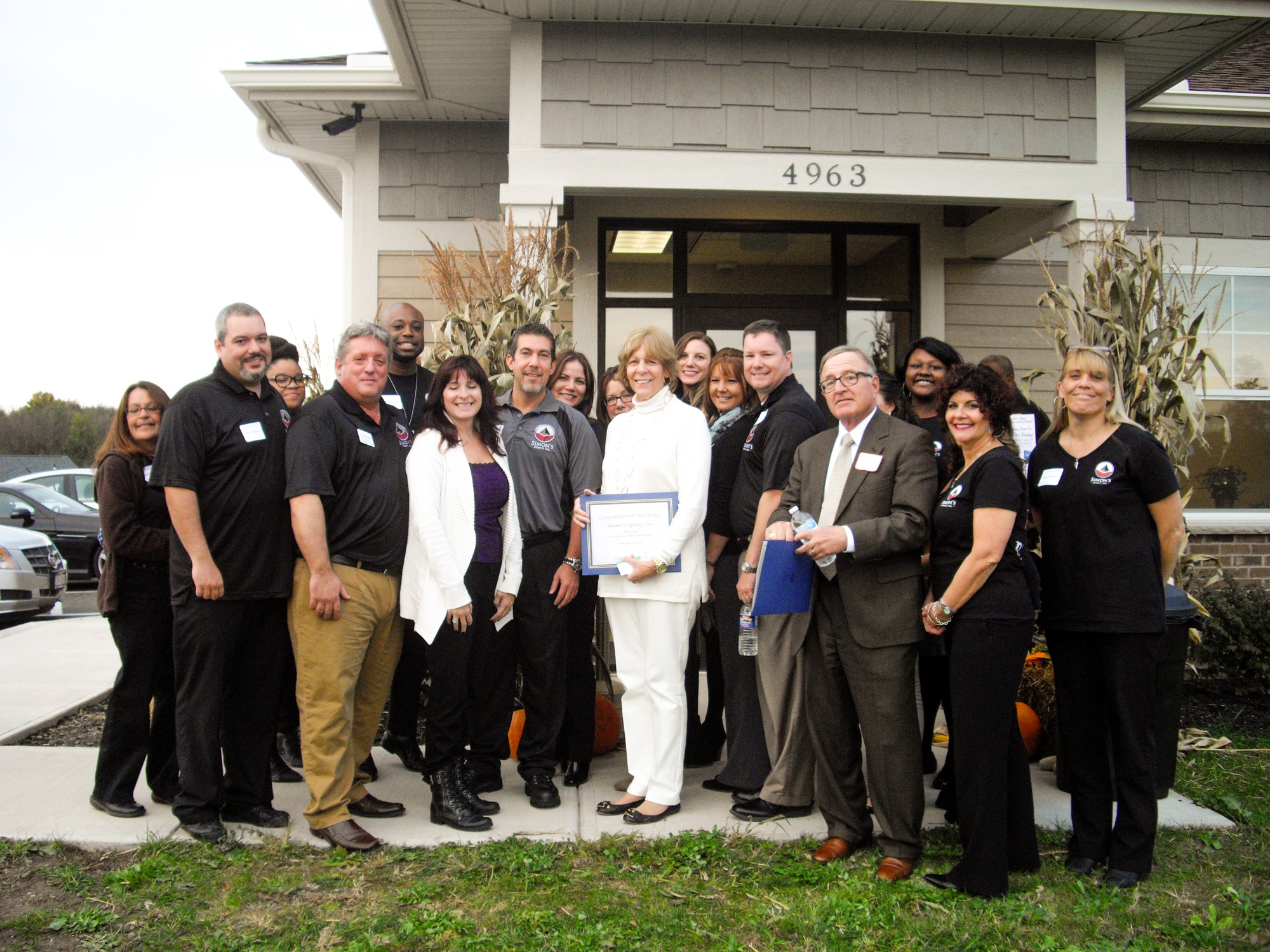 A Recap of the 50TH Anniversary & Grand Opening Celebration

On the evening of October 20th Simon’s Agency opened its doors to the Central New York community and its clients with a celebration commemorating the fiftieth anniversary of the agency and the grand opening of its brand new state-of-the-art call center in Liverpool.  Scores of people were treated to the smoky-delicious flavors from the Wing-A-Lings food truck including a variety of chicken wings and strips, pulled pork sandwiches, a hearty chili, and a smoked mac ‘n’ cheese to die for!  After dining outside, guests were invited inside where they were guided through a tour of our call center with stops to mingle with employees in each department, as well as many locally sourced vendors who worked on the building including, Installations Unlimited, Computer Gallery, IMS, and Carpet One as well as the Fleming Race Team, which Simon’s has sponsored over the last several years.

LIVERPOOL, NY – Simon’s moved into its new call center and corporate headquarters earlier this year and is poised to celebrate this achievement with a combined party celebrating the company’s 50th Anniversary and the Grand Opening of its new home in Central New York.

Recently, Simon’s Agency has been awarded the opportunity have a representative member in the New Jersey

Previous All posts Next