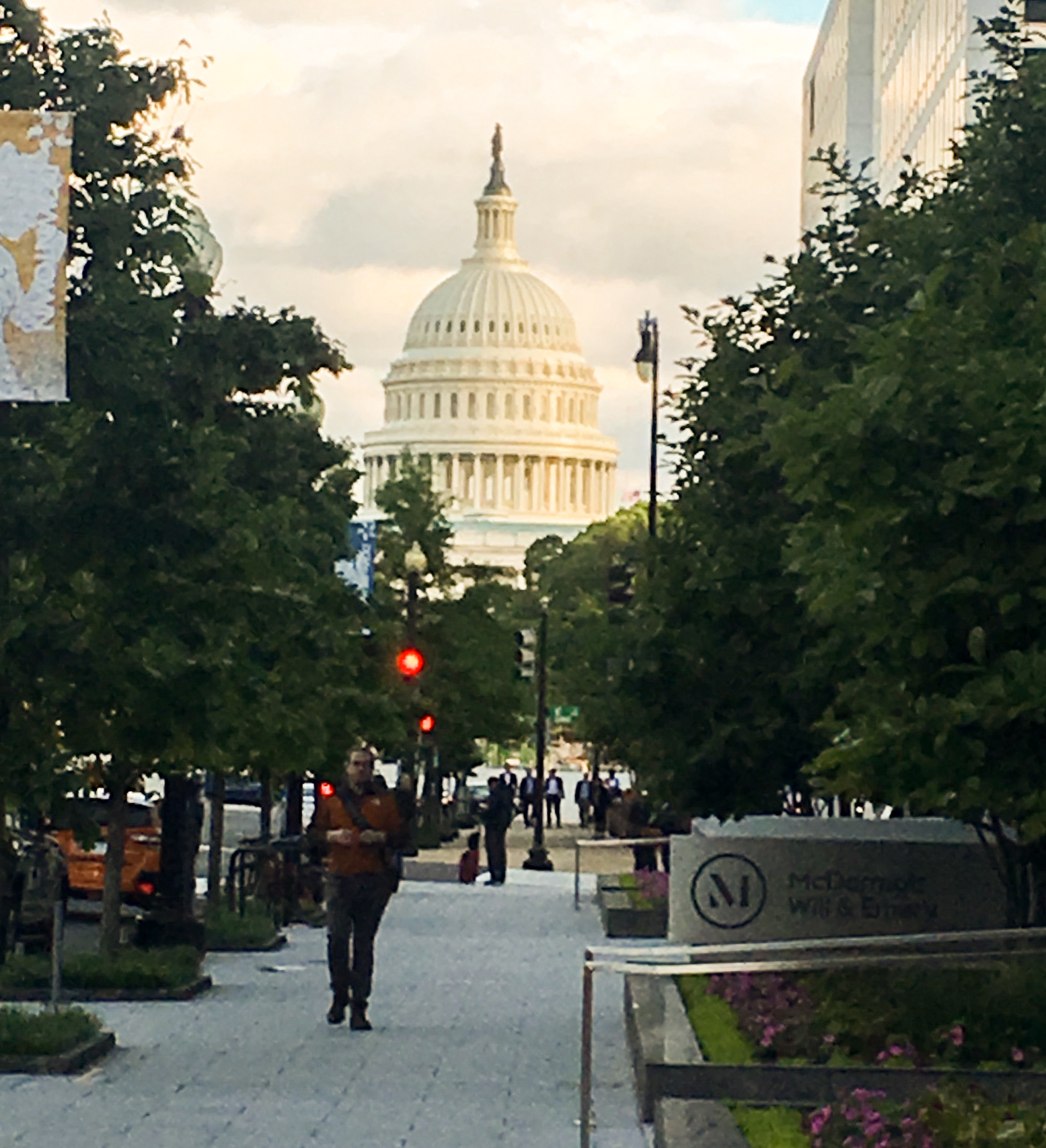 Simon’s Agency's COO, Tim Buckles participated in ACA International's Washington Insights Fly-In May 14-16, 2019.  Tim joined nearly 100 collection agency representatives from around the country in Washington, DC to share the points of pain that many of these agencies are currently dealing with.  Tim introduced a round table discussion by describing Simon's own advocacy efforts with regard to stringent and often-times contradictory rules and regulations for the industry.

Tim Buckles meets with members of Sen. Charles Schumer's office as well as Rep. Roger Williams in Washington, DC on May 15, 2019.

Several members of Congress then addressed the consortium including Rep. Vern Buchanan (FL-16), Rep. Barry Loudermilk (GA-11), Rep. Scott Tipton (CO-3) and Rep. Ken Buck (CO-4). They offered support to the industry and sympathized with the perspectives being voiced by industry representatives including Mr. Buckles. The conversation then shifted to overall strategy heading into the 2020 election.

Once completed, members then headed to the Hill to take individual meetings with members of Congress.  Mr. Buckles was fortunate to meeting with Rep. Roger Williams (TX-25) , a staunch supporter as well as members of Sen. Charles Schumer's (NY) , Sen. Kirsten Gillbrand's  (NY), Rep. John Katko's (NY-24) and  Rep. Lee Zeldin's (NY-1) respective offices.  These meetings were designed to be informative and gave industry members the chance to voice their concerns with current contradictory regulations as well as give feedback regarding the  Consumer Financial Protection Bureau's (CFPB) publishing of its highly anticipated notice of proposed rulemaking (know as an “NPRM”) under the Fair Debt Collection Practices Act (FDCPA).  This NPRM came out the previous week and became a considerable talking point during meetings on the Hill.

For further perspectives on these rule changes as related to creditors, providers and servicers, please see Simon's article Why Providers Should Care About the CFPB’s Proposed Rules Changes on it's blog Turning Red to Black.

Comments on the proposed rule can be submitted via an online portal, email, or mail. If you wish to submit a comment online, you can go to www.regulations.gov and, using the docket number CFPB-2019-0022, submit your comment. Comments can also be submitted via email by sending an email to 2019-NPRM-DebtCollection@cfpb.gov. Individuals submitting comments via email must include Docket No. CFPB-2019-0022 or RIN 3170-AA41 in the subject of the message. If you want to send a letter, address your thoughts to Comment Intake—Debt Collection, Bureau of Consumer Financial Protection, 1700 G Street NW, Washington, DC 20552.