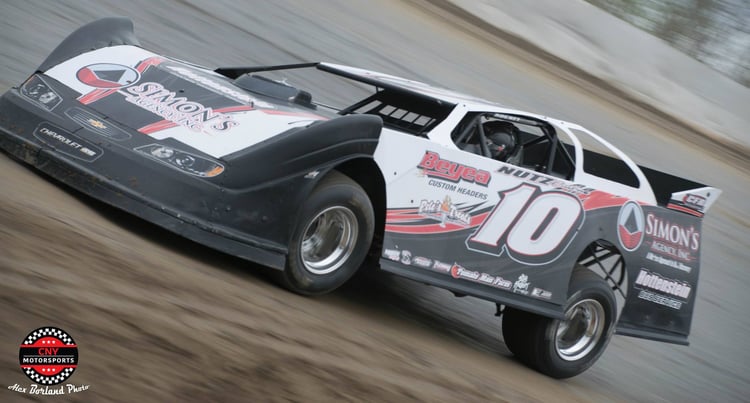 For several years Simon’s Agency, Inc. has sponsored Christopher Fleming and the Chris Fleming Racing (CFR) team. For the 2017 season Simon's is once again the title sponsor of the #10 car.  Simon's catches up with Chris on the ups and downs of the 2017 race season.

SA: What was the first win you ever got in Motorsports?

CF: The first victory I was able to get was in 2008 at Thunder Mountain Speedway. I was 17. 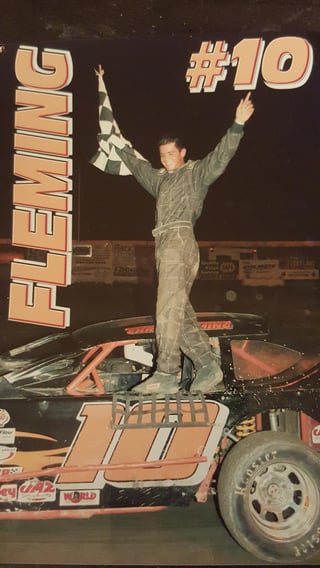 Simon’s Agency (SA): Let’s start off where we did last year.  What’s on your ipod this year?  Still the same as last year (Cadillac Three, Shinedown, Incubus, Eminem, Sam Hunt)?

Christopher Fleming (CF): Oh yes, we still listen to those favorites. Was able to see both Cadillac Three and Shinedown concerts over the past couple months…very cool! 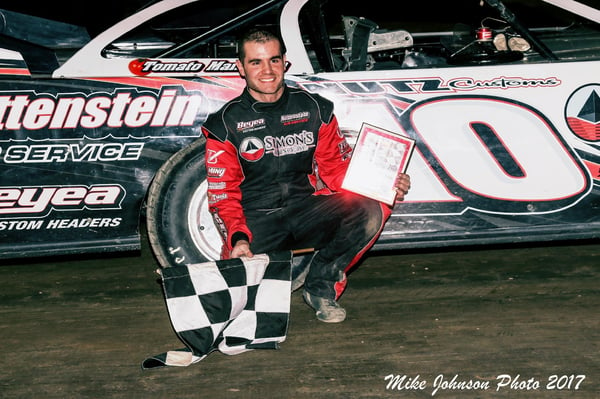 SA: 2017 has been a challenging year for you with the early season crash.  Can you tell us a little about what happened?

CF: Prior to the crash, the season had started off just as 2016 ended…consistent. Rattled off 4 top 5 finishes and a win. Came back the following week after the win as the points leader. I had to start mid-pack due to the handicapping system (takes the past 3 races into effect, better you have done…the farther back you will start). So, we had a decent car at the start of the race, and I switched lines on the track to try and continue moving forward. As I did, I got too aggressive with the throttle and basically started to spin. As I was half sideways, I got t-boned by another car at full speed. This caused plenty of damage to the race car's frame, resulting in having to borrow a car for a bit. 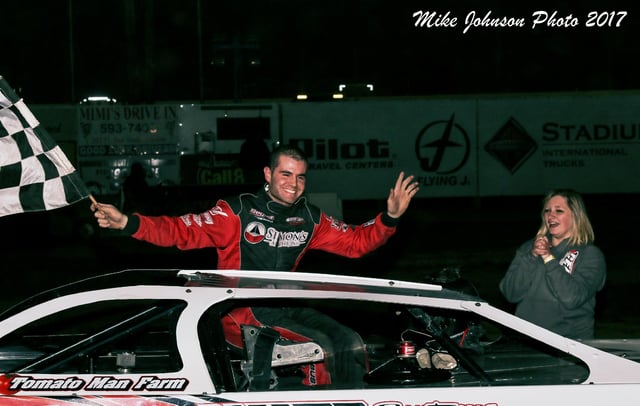 SA: It must be a huge challenge to come back from that.  How did you get your car back on the track this year?

CF: Definitely had a lot to overcome after the wreck. The first thing we had to do was start stripping the parts off the car to survey the damage. Once we spotted the frame was bent and cracked, we had to make a decision. Buy another frame or rebuild the current chassis?  We decided that with how good the car had been for us, that we would have the car re-clipped. This was a process of cutting the car in half and replacing the whole main frame (from my feet forward was all replaced). This process took 3 weeks to do and get the car back. I then had to put the motor, trans, body and all bolt-on parts back on the "new" car.  This took roughly one day to do. 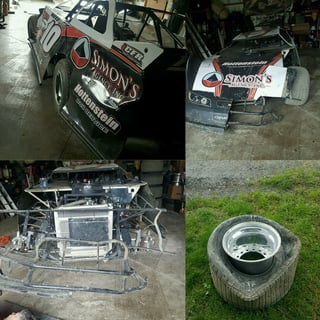 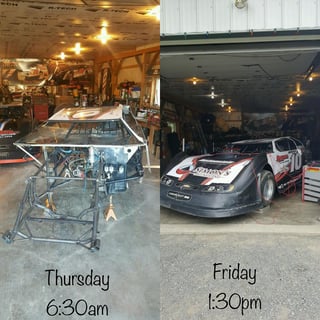 SA: Did you have to get yourself back on track mentally after experiencing something like that?  If so, how did you accomplish that?

CF:  I definitely had to regroup mentally. The night of the wreck, I was super bummed as it was the first race at Fulton Speedway that I did not finish in 2 years. This was before I realized how bad the car was. I was perfectly fine health wise; I was just very disappointed about taking myself out of the points championship race. That is what hurt the most, I knew the car could be fixed or replaced...but the points lost could not be regained. So, to move past the disappointment, I have just continued to work hard on the car during the week and at the race track. I would really like a reset or a "do over" button on that particular night.

SA: Is this just part of the sport that you have to be prepared to deal with?

CF:  Wrecks, disappointment, and frustration are all part of racing. Racing is the only sport where any given race, you are more likely to lose than win (1 winner and usually 20 plus losers each race, compared to a stick and ball sport (1 winner, with 1 loser). The upside of running good and winning races is an indescribable feeling that will beat out frustration every day of the week.  In racing, you have bad thoughts of what could happen when you hit the track, but you keep them way back in your mind. You cannot allow those bad thoughts to be a distraction, otherwise those bad thoughts are more likely to become a reality.

SA: Despite the disappointment of the first month or so of the season, how are you feeling now that you’ve been back at it in the #10 car and challenging the field?

CF:  If you take away the wreck from the current season, we have been very strong. We have had just 2 wins thus far, but every race that has been finished by the Simon's Agency #10 has resulted in a top 5 finish. Those finishes are what I expect. The 2017 season has been a roller coaster year to say the least. I feel that the bad luck and bad results are out of the way and more wins are in the near future.

SA: What’s your outlook heading into the final stretch of the season?

CF:  Go for broke. Winning is all that matters. (Have to get the Simon's Agency Inc. car to victory lane as much as possible!)

SA: Can you tell us a little about your expectations for this year and beyond?

CF: For the 2017 we just have to finish strong and hopefully pick up a touring series win late this season. Planning to again make the trip to Charlotte, NC to race at the World Short Track Championships. Just need to finish strong to have momentum going into 2018. As far as long term, I love dirt track racing and feel that that’s where we will be for the time being.

SA: What are your plans for the off-season this year?

CF: As far as the off-season for the race team, it will just be a standard rebuild the motors and body, and try to find more speed!

SA: Finally, we’d like to interview you again next year… So, what question do you want me to ask the future you?

CF: When is the future racer coming? (Laughs!) 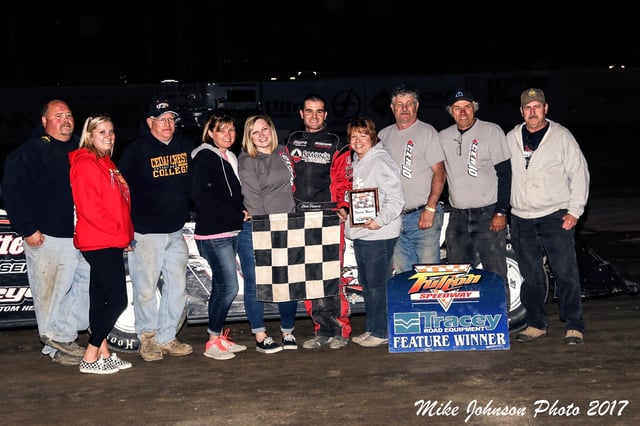 The CFR Racing Team following the first win of the season at the Fulton Speedway on May 20th.