A Community Embraces a “Pay it Forward” Spirit 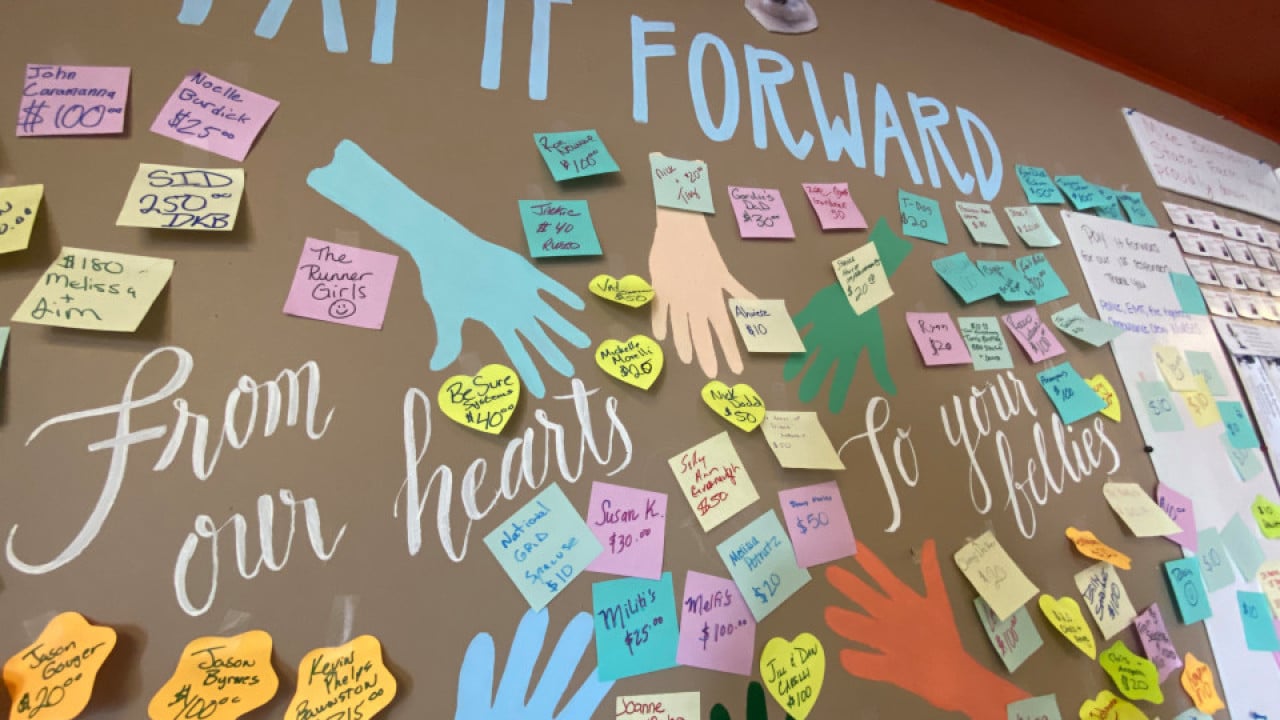 Over the coming weeks Simon’s Agency is sharing some good stories from our Community. From Dave Caramanna dishing up pay-it-forward meals at the Chickadee Human Eatery to those in need while serving up a philosophical breakfast chat over vodka and Quisp cereal to another Dave across the swamp, who together with wife, Ann have converted their burgeoning distillery into a 24-hour sanitizer factory, Simon’s is highlighting what its friends and neighbors are doing to help those in need and lending its support along the way.

From the beginning of New York’s work-from-home mandate, Dave Caramanna struggled with the thought of how people would be able to feed themselves and their families if they could not work. That thought was met with a $100 donation from a stranger who walked into his restaurant. Dave assumed he needed a free meal but instead with this donation the “Pay it Forward” wall was born allowing Dave and his staff to deliver free meals throughout the community. Over the last month customers have donated over $5,000 in free meals by posting notes on the wall that could be used by those in need or even specially designated for first responders or other front line workers. The Chickadee Human Eatery has been covered by local news as well as stations as far away as Jacksonville, Florida.

Meanwhile just around the corner a local company, Hall Island Distillery was faced with having to close its tasting room and face a slowing market for its burgeoning brands of vodka and whiskey. Looking at a tough situation, they realized they were in a perfect position to halt the production of consumable alcohol in favor of producing something that was in critically short supply – sanitizer.  Through their hard work and generosity, Dave and Ann Benton are making Central New York a safer place by protecting consumers as well as first-responders, some of whom are clients of Simon’s Agency.

Again, we are more than humbled to be able to help our neighbors and our community during this time of need. We will continue to support all essential personnel. We are all in this together. #killthebug🦟🦠 #keepingourcommunitysafe #stayhomesavelives

Simon’s Agency has donated to Dave’s Pay-It-Forward wall while purchasing hand sanitizer from Hall Island Distillery that will come in handy for staff and customers once our office can reopen. We were also happy to give a couple bottles to Dave along with Hall Island’s famous Triple E Vodka so he could try the local flavor on his Quisp cereal.  You can see the results for yourself:

Simon's small contributions are reflective of the community's overall support of these small business owners' efforts to keep working during the pandemic while providing much needed support to their communities.  We hope that other agencies and businesses will reach out to small businesses in their own communities and support the efforts of so many business owners doing their part to make our communities safer while helping those in critical need. 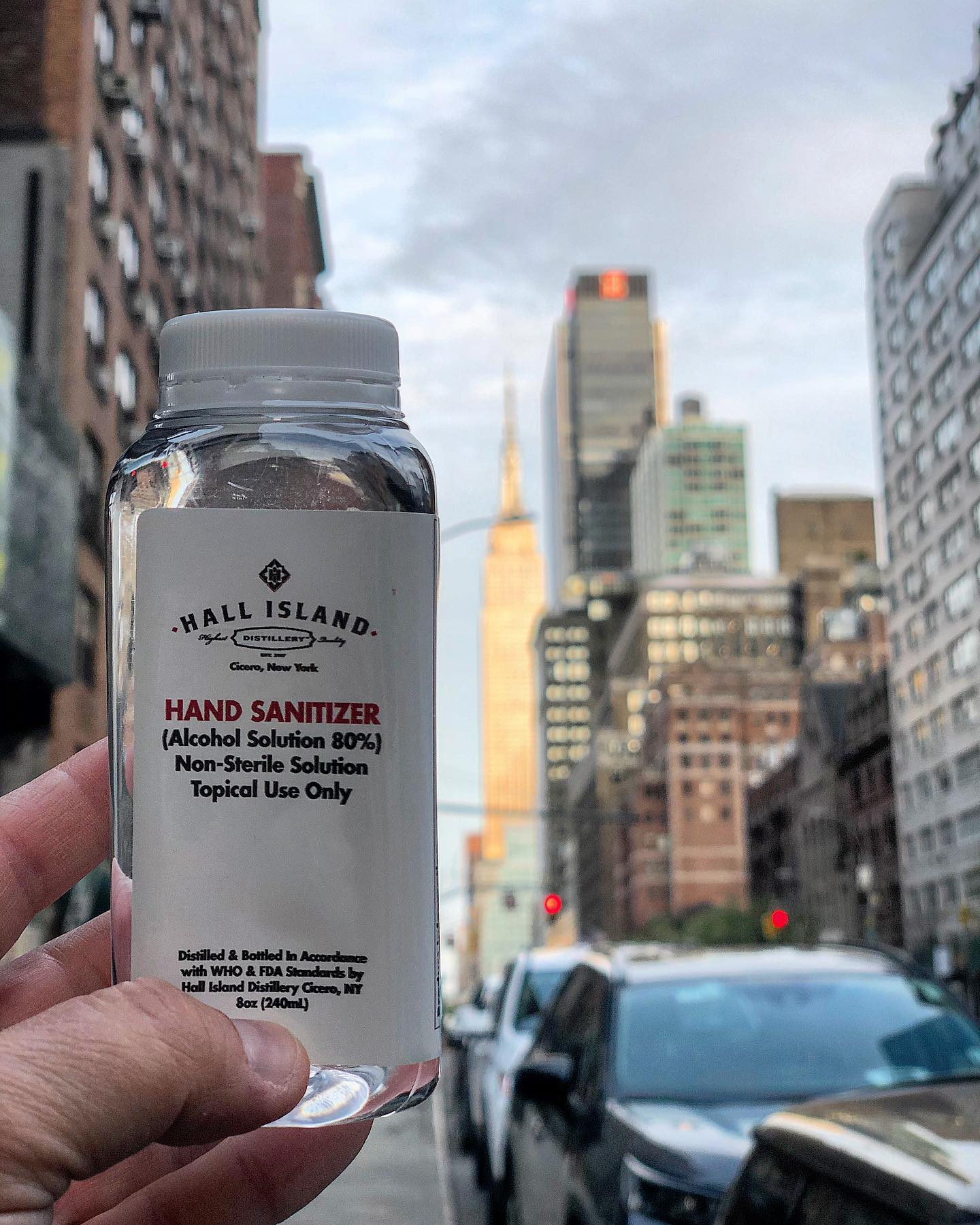 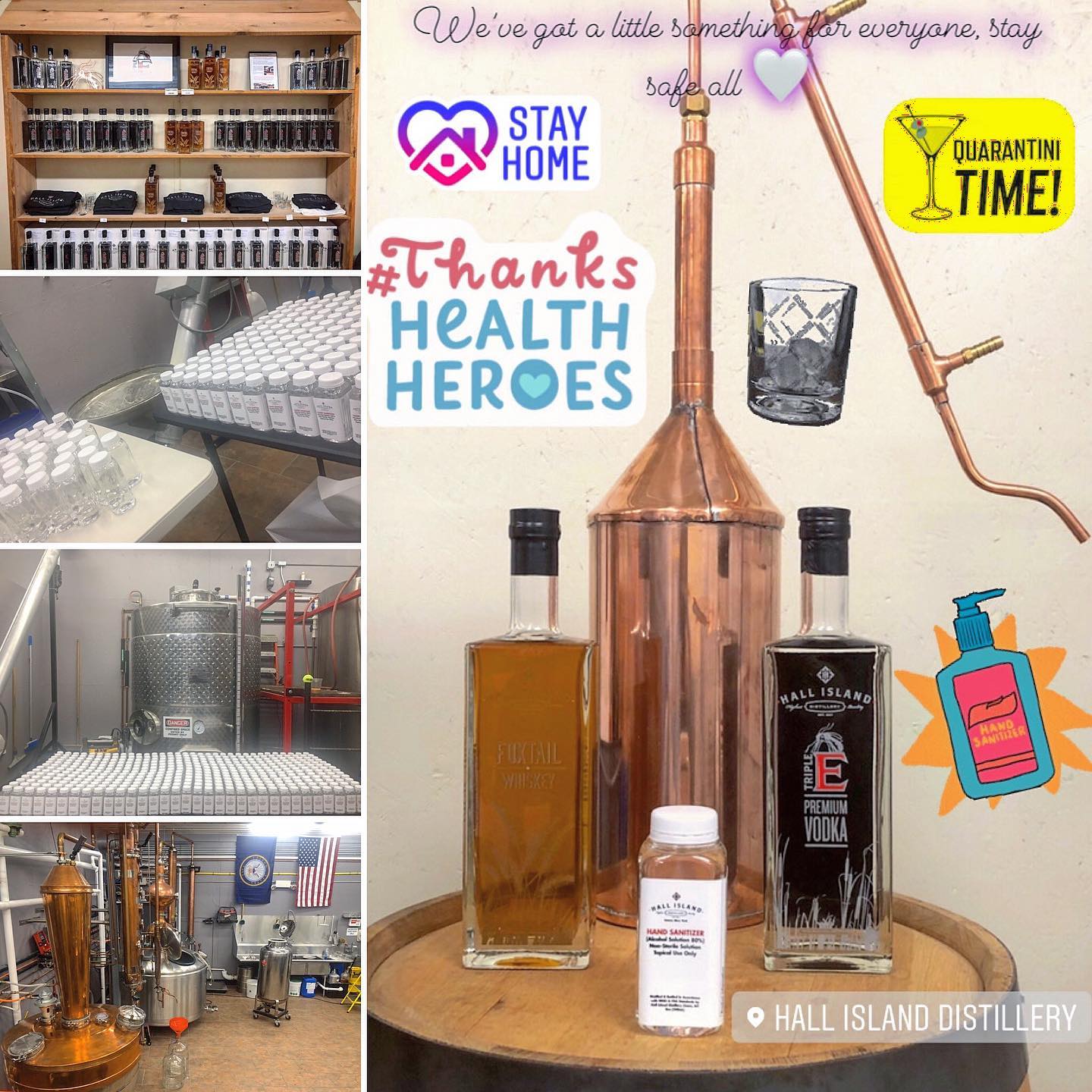 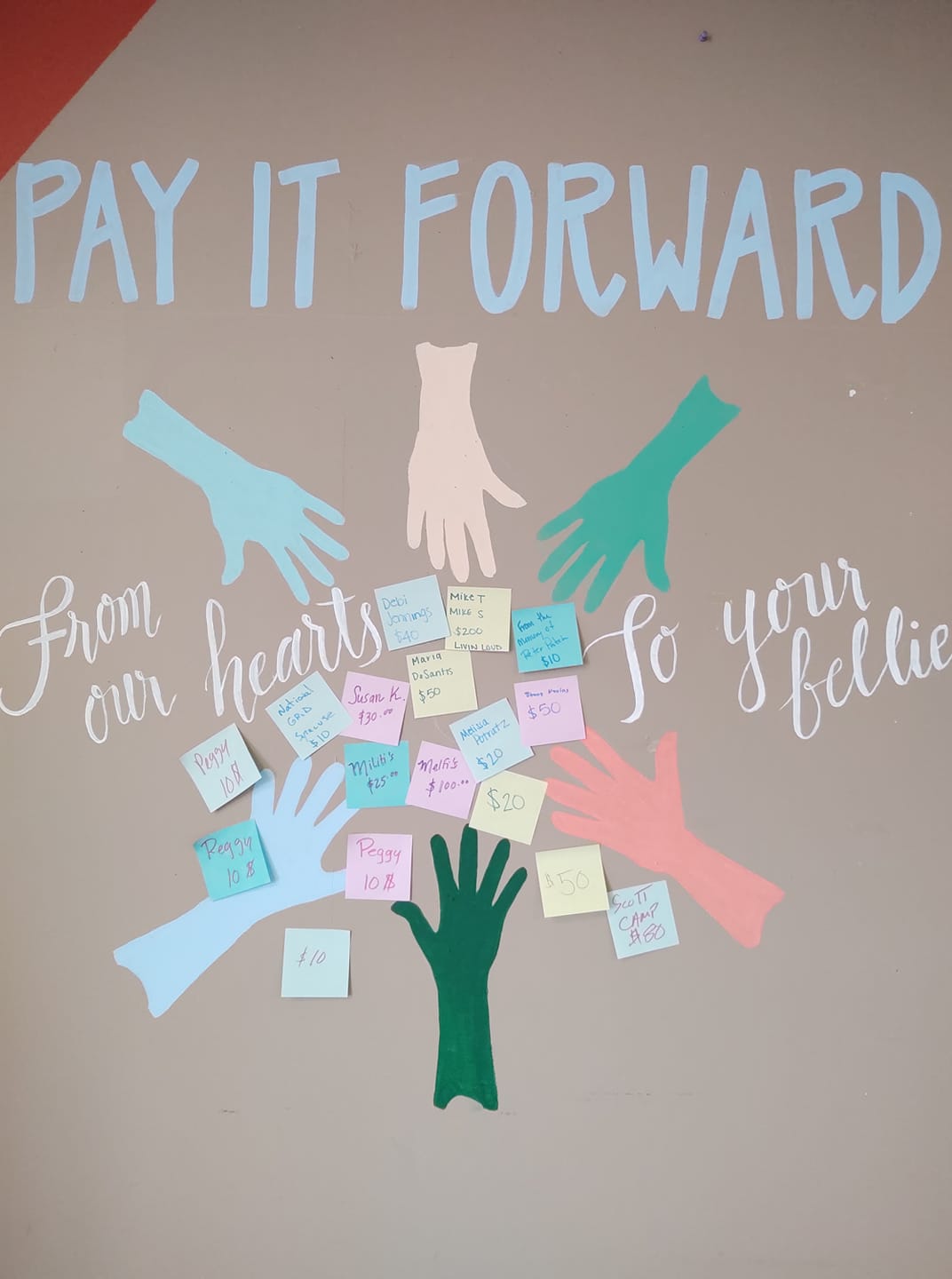 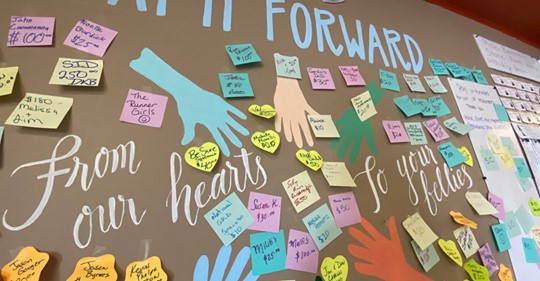